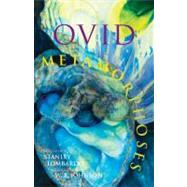 Ovid's Metamorphoses gains its ideal twenty-first-century herald in Stanley Lombardo's bracing translation of a wellspring of Western art and literature that is too often treated, even by poets, as a mere vehicle for the scores of myths it recasts and transmits rather than as a unified work of art with epic-scale ambitions of its own. Such misconceptions are unlikely to survive a reading of Lombardo's rendering, which vividly mirrors the brutality, sadness, comedy, irony, tenderness, and eeriness of Ovid's vast world as well as the poem¿s effortless pacing. Under Lombardo's spell, neither Argus nor anyone else need fear nodding off. The translation is accompanied by an exhilarating Introduction by W. R. Johnson that unweaves and reweaves many of the poem¿s most important themes while showing how the poet achieves some of his most brilliant effects. An analytical table of contents, a catalog of transformations, and a glossary are also included.
What is included with this book?