The Moon Points Back 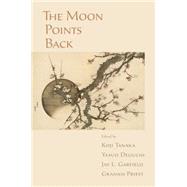 The Moon Points Back comprises essays by both established scholars in Buddhist and Western philosophy and young scholars contributing to cross-cultural philosophy. It continues the program of Pointing at the Moon (Oxford University Press, 2009), integrating the approaches and insights of contemporary logic and analytic philosophy along with those of Buddhist Studies in order to engage with Buddhist ideas in a contemporary voice.

The essays in the volume focus on the Buddhist notion of emptiness (sunyata), exploring its relationship to core philosophical issues concerning the self, the nature of reality, logic, and epistemology. The volume closes with reflections on methodological issues raised by bringing together traditional Buddhist philosophy and contemporary analytic philosophy.

Yasuo Deguchi is an Associate Professor of Philosophy at Kyoto University.

Jay L Garfield is the Doris Silbert Professor in the Humanities and a Professor of Philosophy at Smith College.

Graham Priest is the Boyce Gibson Professor of Philosophy at the University of Melbourne.

Koji Tanaka is a Senior Lecturer in Philosophy at the University of Auckland.

Chapter 1: Persons Keeping Their Karma Together: The Reasons for the Pudgalavada in Early Buddhism - Amber Carpenter

Chapter 3: On Being Humean about the Emptiness of Causation - Ricki Bliss

Chapter 9: Conventional Truth and Intentionality in the Work of Dharmakirti - Laura Guerrero

Chapter 10: Relativism in Buddhist Philosophy: Candrakirti on Mutual Dependence and the Basis of Convention - Elena Walsh

Contributors
References
Index
What is included with this book?