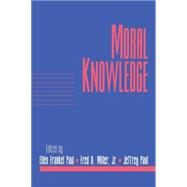 Philosophers since ancient times have pondered how we can know whether moral claims are true or false. The first half of the twentieth century witnessed widespread skepticism concerning the possibility of moral knowledge. Indeed, some argued that moral statements lacked cognitive content altogether, because they were not susceptible to empirical verification. The British philosopher A. J. Ayer contends that 'They are pure expressions of feeling and as such do not come under the category of truth and falsehood. They are unverifiable ... because they do not express genuine propositions.' The second half of the twentieth century brought a revival of interest among philosophers in moral and political questions. Whether or not ethics can be founded upon a rational basis continues to preoccupy the philosophical community even now.
What is included with this book?