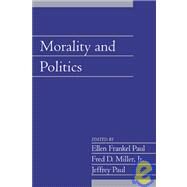 Complicating the ancient debate over the intersection of morality and politics are diverse definitions of fundamental concepts: the right and the good, virtue and vice, personal liberty and public interest. Divisions abound, also, about whether politics should be held to a higher moral standard or whether pragmatic considerations or realpolitik should prevail. Perhaps the two poles are represented most conspicuously by Aristotle and Machiavelli. These essays address perennial concerns in political and moral theory and underscore the rekindled yearning of many to hold the political realm to a higher standard despite the skepticism of dissenters who question the likelihood or even the desirability of success.
What is included with this book?