In the Name of the Father (and of the Son) 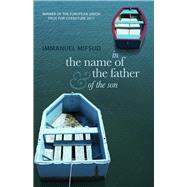 Back from his father’s funeral, the narrator starts reading a diary his father kept during his days as a soldier during the Second World War. The narrator revisits his father’s past, as well as his own, to look for cracks in this façade, to find signs of weakness and displays of emotion. Episodes from the past are recalled and examined for any light they can shed on the matter. He has read things that his working-class father would never understand, let alone know that they would be used to understand him.
Albert Gatt trained as a computational linguist and is currently the Director of the Institute of Linguistics and Language Technology at the University of Malta. His research focusses on the use of language in artificial (AI) systems, particularly on the production of language from non-linguistic data, including perceptual data from computer vision. In addition to his academic research, he is has been translating poetry and prose from Maltese into English for several years. Recent translations include Adrian Grima's poetry collection Last-Ditch Ecstasy (Malta: Midsea Books, 2017 and Mumbai: Paperwall Publishing). He has recently completed a translation of Juann Mamo's modernist classic Nanna's Children in America (1934). Immanuel Mifsud was born in Malta in 1967, the youngest in a working class family of eight children. His 2002 short story collection L-Istejjer Strambi ta’ Sara Sue Sammut (Sara Sue Sammut’s Strange Stories) won the Malta National Literary award and the same book was later nominated for the Premio Strega Europa prize. He has participated in prestigious literary festivals across Europe. Mifsud is a lecturer at the University of Malta, where he teaches modern Maltese poetry and theatre.
What is included with this book?