This lively introductory survey of indigenous North American arts from ancient times to the present explores both the shared themes and imagery found across the continent and the distinctive traditions of each region. Focusing on the richness of artwork created in the US and Canada, Native North American Art, Second Edition, discusses 3,000 years of architecture, wood and rock carvings, basketry, dance masks, clothing and more. The expanded text discusses twentieth- and twenty-first-century arts in all media including works by James Luna, Kent Monkman, Nadia Myre, Jaune Quick-to-See Smith, Will Wilson, and many more. Authors Berlo and Phillips incorporate new research and scholarship, examining such issues as art and ethics, gender, representation, and the colonial encounter. By bringing into one conversation the seemingly separate realms of the sacred and the secular, the political and the domestic, and the ceremonial and the commercial, Native North American Art shows how
visual arts not only maintain the integrity of spiritual and social systems within Native North American societies, but have long been part of a cross-cultural experience as well.

Janet Catherine Berlo is Professor of Visual and Cultural Studies at the University of Rochester. She has taught Native American art history as a visiting professor at Harvard, Yale, and UCLA, and has received grants from the Guggenheim Foundation, the Getty Foundation, and the National Endowment for the Humanities.

Ruth B. Phillips is Canada Research Chair and Professor of Art History at Carleton University in Ottawa. She has served as director of the University of British Columbia Museum of Anthropology and as president of Comité International d'Histoire de l'Art (CIHA), UNESCO's world art history organization. She has been a visiting professor at Cambridge and Harvard Universities and is a fellow of the Royal Society of Canada.

1. An Introduction to the Indigenous Arts of North America

Colonial Legacies
--Ownership and Public Display
--Issue in Focus: 'Who Owns Native Culture?
--Commodification and Authenticity
--Who Is an Indian? Clan, Community, Political Structure, and Art

The Southwest as a Region

Navajo and Apache Arts
--Arts of Medicine and Performance
--Navajo Weaving and the Powers of Transformation
--Materials in Focus: Wools for Navajo Weaving
--Apache and O'odham Baskets
--Navajo and Pueblo Jewelry

The East as a Region
--Precontact Art Traditions: Archaic, Woodland, and Mississippian Civilizations
--The Archaic Period
--The Woodland Period
--Mississippian Art and Culture

The Southeast: The Cataclysm of Contact
--A Continuum of Basketry: Chitimacha Traditionalism and Beyond
--Reconfiguring Southeastern Arts: Seminole and Miccosukee Textiles

The Northeast and the Great Lakes
--The Early Contact Period
--Arts of the "Middle Ground"
--Object in Focus: The Assiginack Canoe
--Arts of Self-Adornment
--Techniques in focus: quillwork and beadwork
--In the Bag: A Mini-History of Change Told Through Bags
--Artist in Focus: Caroline Parker
--Souvenir Arts

The West as a Region

The Plateau, The Great Basin, and California

The Intermontaine Region-An Artistic Crossroads
--Object in Focus: A Bride's Wealth and a Community's Wealth

The Far West: Arts of California and the Great Basin
--Chumash baskets and the California Mission System
--The 'Basketry Craze' and the Arts and Crafts Movement
--Lower Klamath River baskets
--Pomo baskets: "Wrought with Feathers"
--Washoe Baskets and the Power of Marketing

The North as a Region

Arts of the Boreal Forests
--The Beothuk: "Perhaps They Were Not All Erased"
--Clothing Arts to Please the Animals
--Painted Coats of the Innu: Pleasing the Spirits of Caribou
--The James Bay Cree: From Painted Geometries to Beaded Flowers
--Dene Clothing for Protection and Beauty

The Arctic
--Ancient Artists of the Arctic
--Historic and Contemporary Arts of the Arctic
--Arctic Architecture: Igloo, Tent, and House
--Garments for Warmth and Beauty
--Technique in Focus: Working with Gutskin
--Artist in Focus: Nivisanaaq and Her Beaded Parka
--Arts of Festival, Performance, and Success in the Hunt
--Object in Focus: The Ttravels of a Raven Mask
--Arts for New Markets: Baskets, Carvings, Dolls, and Textiles
--Graphic Arts: Chronicling Life and Recalling the Past

Toward the Twenty-First Century in the North

The Northwest Coast as a Region

The Development of Styles: Local Variations and Regional Continuities Across Time
--The Origins of Northwest Coast Artistic Styles: The Archaeological Record
--The Early Contact Period
--The Formline Style
--Technique in Focus: Finger-weaving a Chilkat Blanket
--Western Connoisseurship and Northwest Coast Art
--Object in Focus: A Tsimshian Mask and Questions of Patrimony

Northwest Coast Art Since the Beginning of the Twentieth Century

The Multiplicity of Modernisms
--Problems of Definition: Indigenous, Modern, Modernist
--Primitivism, the "Time-Lag," and Multiple Modernisms
--The "Contemporary Traditional" in Twentieth-Century Art
--Moments of Beginning
--Schooling the Modern Native North American Artist
--The Southern Plains and the Kiowa Five
--Pueblo Painting and the Rise of the "Studio Style"
--The Display and Marketing of American Indian Art: Exhibitions, Mural Projects, and Competitions
--Object in Focus: "Book Cover of "Introduction to American Indian Art" (1931)

Artists and Activists in Canada: The 1970s and 1980s
--The Indians of Canada Pavilion at Expo 67
--Professionalization and Experimentation: Decolonizing Modernism
--Artist in Focus: Fritz Scholder

Craft in Art: Fiber, Metal, Clay, and Beyond
--Concept in Focus: What Is "Craft"?

Preeminent Issues in Native Art Since 1980
--Postcolonial Perspectives on Sovereignty, Home, and Homelands
--Ecology and the Land
--The Native Body
--Globalism and the Transnational

Conclusion: "Celebrate 40,000 Years of American Art" - But Be Vigilant

Notes
Bibliographic Essay
Index
What is included with this book? 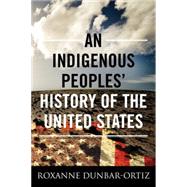