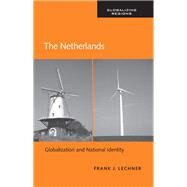 The Netherlands is the first concise, authored introduction available on the topic. The Netherlands has been a key entrepot in the world capitalist system for centuries, but because of relatively recent demographic changes, it has become symbolic of the clash of European and Islamic cultures. Perhaps the most secular nation in the world, it now houses a very large Islamic population. That population is the fruit of globalization, and how the Dutch have responded to this broad cultural shift tells us a great deal about the changing nature of national identity in the age of globalization. In particular, Frank Lechner explains how globalization calls forth very particularistic and localist responses. Along with providing a broad overview of the contemporary Netherlands, Lechner will focus on how globalization is generating new discourses, cultures, and state policies. Among other topics, the book will feature chapters on soccer culture, religion (and the lack thereof), the media, the welfare state, multiculturalism, and the Netherlands place in the larger European Union.
What is included with this book?