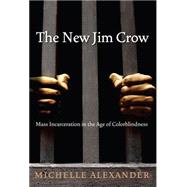 In a bold and innovative argument, a rising legal star shows readers how the mass incarceration of a disproportionate number of black men amounts to a devastating system of racial control. This is a terrifying reality that exists in the UK as much as in the US. Despite the triumphant dismantling of the Jim Crow laws, the system that once forced African-Americans into a segregated second-class citizenship still haunts and the criminal justice system still unfairly targets black men and deprives an entire segment of the population of their basic rights.
What is included with this book?