The Old Man and the Sea

In language of great simplicity and power, Hemingway tells the story of an old Cuban fisherman, down on his luck--he hasn't caught a fish in 84 days--who goes out in his small skiff one more time. This time he hooks a huge marlin. During his relentless ordeal, a long and agonizing battle with the marlin far out in the Gulf Stream, the old man faces long days of hunger and exhaustion, his courage and his respect for his adversary never flagging. The man is old and tired and at the end of his life, but he remains the archetypical Hemingway hero who refuses to accept defeat.
Ernest Hemingway did more to change the style of English prose than any other writer of his time. Publication of The Sun Also Rises and A Farewell to Arms immediately established Hemingway as one of the greatest literary lights of the twentieth century. His classic novel The Old Man and the Sea won the Pulitzer Prize in 1953. Hemingway was awarded the Nobel Prize for Literature in 1954. His life and accomplishments are explored in-depth in the PBS documentary film from Ken Burns and Lynn Novick, Hemingway. Known for his larger-than-life personality and his passions for bullfighting, fishing, and big-game hunting, he died in Ketchum, Idaho on July 2, 1961.
What is included with this book? 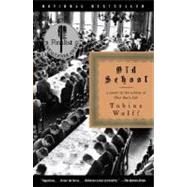