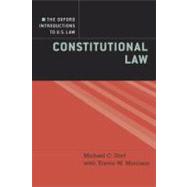 The Oxford Introductions to U.S. Law: Constitutional Law presents an accessible introduction to the enduring topics of American constitutional law, including judicial review, methods of interpretation, federalism, separation of powers, equal protection, and individual liberties. One of the most important functions performed by the American Constitution and the more than two centuries' worth of cases interpreting it is the allocation of decision-making. Professor Dorf and Professor Morrison frame many of these constitutional debates with this question of authority. When should courts rule that the Constitution takes some issue outside of the domain of ordinary politics? Should courts referee disputes between the branches of the federal government? Should they referee disputes between the states and the national government? Using what standards? This introduction to American constitutional law critically examines the work of the Supreme Court of the United States, which has resolved thousands of constitutional controversies based on the shortest national constitution on the planet. The authors also look beyond the Supreme Court, exploring the arguments for and against judicial review and various versions of popular constitutionalism.
Michael C. Dorf is the Robert S. Stevens Professor of Law at Cornell University Law School. A graduate of Harvard College and Harvard Law School, Professor Dorf served as law clerk to Justice Anthony M. Kennedy of the Supreme Court of the United States and to Judge Stephen Reinhardt of the United States Court of Appeals for the Ninth Circuit. He has written over fifty law review articles and several books on constitutional law and related subjects. In addition, he writes a bi-weekly column for FindLaw's Writ and is founder and editor of DorfonLaw.org. Professor Dorf serves on the editorial boards of Legal Theory and Political Science Quarterly.

Trevor W. Morrison is Professor of Law at Columbia Law School. He teaches and writes in the areas of constitutional law, federal courts, and national security law. Professor Morrison was on leave from Columbia in 2009 while serving in the White House as Associate Counsel to the President. Earlier in his career he was a law clerk to Judge Betty B. Fletcher of the U.S. Court of Appeals for the Ninth Circuit and to Justice Ruth Bader Ginsburg of the Supreme Court of the United States. He also served for two years in the U.S. Department of Justice, first in the Office of the Solicitor General and then in the Office of Legal Counsel. And he spent a year in private practice as an associate at Wilmer, Cutler & Pickering (now WilmerHale) in Washington, DC. Professor Morrison received a B.A. in history from the University of British Columbia and a J.D. from Columbia Law School. He is a member of the American Law Institute.
What is included with this book? 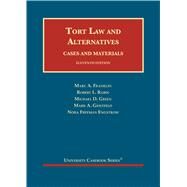