A Parade for George Washington

Crowds cheering, trumpets sounding, and cannons firing! Follow along as George Washington journeys from Virginia to his inauguration in New York City.

After the Revolutionary War, the newly formed U.S. Congress chose the first president. Every vote was for Washington.

So began Washington's week-long trip from his home in Virginia to New York City, where he would be inaugurated. At every stop on George Washington's route, people were determined to celebrate their very first president. In Baltimore citizens rode along with Washington for seven miles, in Philadelphia people chanted "Long live George Washington," and in Elizabethtown, NJ, Washington was met with a parade of boats so spectacular that he would later write in his diary: "the decorations of the ships, the roar of cannon . . . filled my mind with sensations."

David A. Adler deftly retells this joyous journey in information-packed prose, while John O'Brien masterfully illustrates our complex and beautiful new nation in his signature style. Included in the meticulously detailed artwork are period-accurate maritime signal flags for kids to decode and buildings like Federal Hall in New York City that still stand today. Back matter includes a time line, source notes, and a bibliography.
David A. Adler is a former math teacher and author of more than two hundred picture books, biographies, and mysteries for children, including the Cam Jansen series and his Picture Book Biography Of... series. His many celebrated history books include Heroes of the Revolution, A Picture Book of Alexander Hamilton, Harriet Tubman and the Underground Railroad, and A Picture Book Of Benjamin Franklin.

John O'Brien has illustrated over one hundred picture books, including Washington D.C. from A-Z, which was named an ILA Teacher's Choice Title. He has also done illustrations and cartoons for such publications as the New Yorker, the Wall Street Journal, the Washington Times, and Highlights for Kids magazine. John lives in New Jersey. 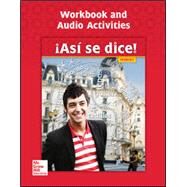 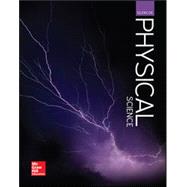