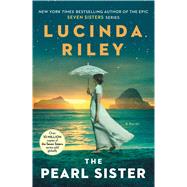 CeCe D’Aplièse has always felt like an outcast. But following the death of her father—the reclusive billionaire affectionately called Pa Salt by the six daughters he adopted from around the globe—she finds herself more alone than ever. With nothing left to lose, CeCe delves into the mystery of her origins. The only clues she holds are a black and white photograph and the name of a female pioneer who once lived in Australia.

One hundred years earlier, Kitty McBride, a Scottish clergyman’s daughter, abandons her conservative upbringing to serve as the companion to a wealthy woman traveling from Edinburgh to Adelaide. Her ticket to a new land brings the adventure she dreamed of and a love that she had never imagined.

When CeCe herself finally reaches the searing heat and dusty plains of the Red Centre of Australia, something deep within her responds to the energy of the area and the ancient culture of the Aboriginal people. As she comes closer to finding the truth of her ancestry, CeCe begins to believe that this untamed, vast continent could offer her what she never thought possible: a sense of belonging, and a home.

With Lucinda Riley’s signature “meticulous research and attention to detail” (Booklist), The Pearl Sister is an immersive saga that “will keep readers glued to the page” (RT Book Reviews).
Lucinda Riley was the New York Times bestselling author of over twenty novels, including The Orchid House, The Girl on the Cliff, and the Seven Sisters series. Her books have sold twenty million copies in thirty-five languages globally. She was born in Ireland and divided her time between England and West Cork with her husband and four children. Visit her website at LucindaRiley.com.