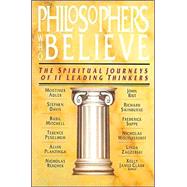 Voted one ofChristianity Today's1995 Books of the Year!Timemagazine reports on a remarkable renaissance of religious belief among philosophers: In a quiet revolution in thought and arguments that hardly anyone could have foreseen only two decades ago, God is making a comeback. Most intriguingly, this is happening . . . in the crisp, intellectual circles of academic philosophers. . . . Now it is more respectable among philosophers than it has been for a generation to talk about the possibility of God's existence. Relying on boldness and rigorous thought, the movers and shakers of this "quiet revolution" have developed their theories against the rising tide of strict empiricism. Who are these tough-minded intellectuals, and why have they embraced Christian belief? InPhilosophers Who Believeseveral key thinkers answer this question with unusual candor, warmth and brilliance.Contributors include:Alvin PlantingaUniversity of Notre Dame, considered the world's leading Protestant philosopher of God.Basil MitchellOxford University, author of such groundbreaking books asThe Justification of Religious Belief.Mortimer AdlerInstitute for Philosophical Research, renowned for his prolific writings and his work to revive an emphasis on the "Great Books" in higher education.Nicholas WolterstorffYale University, whose innovative work has led to invitations to deliver the distinguished Wilde Lectures at Oxford and Gifford Lectures in Scotland.Richard SwinburneOxford University, the premier rational apologist of our age.Frederick SuppeUniversity of Maryland at College Park, a premier philosopher of science.John RistUniversity of Toronto, expert on the late Ancient and early Medieval periods of philosophy.Linda ZagzebskiLoyola Marymount University, recognized for her work on divine foreknowledge and human freedom.Stephen DavisClaremont McKenna College, author of books on topics ranging from the nature of God to the inspiration of Scripture.Terence PenelhumUniversity of Calgary (professor emeritus), acclaimed for research on skepticism and religious belief in the Enlightenment and post-Enlightenment eras.Nicholas RescherUniversity of Pittsburgh, prolific author and editor of prestigious scholarly journals.Winner of aChristianity Todaybook award for the original cloth edition,Philosophers Who Believeis now available in paperback. This collection of intellectual and spiritual autobiographies will be helpful--even inspirational--for students and teachers of philosophy as well as for readers who are simply curious about the connections between philosophy and Christian faith.
What is included with this book? 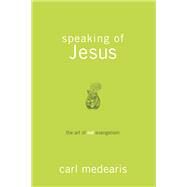 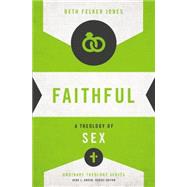