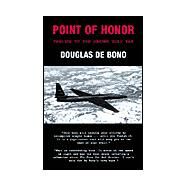 Six years after the Gulf War, Saddam Hussein plots revenge against his enemies. A new and far more virulent form of VX nerve gas, called the City Killer by Western analysts, is finally produced in quantity. With the last of his SCUD missiles, Saddam plans to launch a devastating attack. Major Jim Harper leads a hastily assembled team back into Iraq. Harper faces dissent within his own team, uncertain support inside the intelligence community and a hostile welcome from the Al Amn al-Khas -- Iraq's Special Security Service.
What is included with this book?