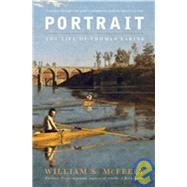 Thomas Eakins painted two worlds in nineteenth-century America: one sure of its values'statesmen, scientists, and philosophers'and one that offered an uncertain vision of the changing times. From the shadow of his mother's depression to his fraught identity as a married man with homosexual inclinations, to his failure to sell his work in his day, Eakins was a man marked equally by passion and melancholy. In this enlightening examination of Eakins's defining artistic moments and key relationships'with wife Susan MacDowell, with subject and friend Walt Whitman, and with several leading scientists of his time'William S. McFeely sheds light on the motivations and desires of a founder of American realism.
What is included with this book?