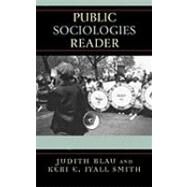 By highlighting the role of the Public Sociologist and the international conception of human rights, this volume uniquely contributes to scholarship and current debates, while it also accomplishes two other objectives: first, it will be useful in the classroom; and second, it reorganizes themes that relate to globalization from a new perspective. The volume does cover topics that are familiar to American sociologists - racial and economic inequalities, global capitalism, feminism, the Welfare State - and it also includes topics that are less familiar to American sociologists, such as sustainability, the United Nations, and indigenous groups. It positions Public Sociology as playing a pivotal role in American sociology.
What is included with this book?