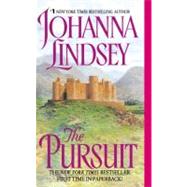 What was to be a grand adventure for Melissa MacGregor -- an escape from the wilds of her Scottish home into the whirl of the London social scene -- seems to pale before the promise in the passionate gaze of Lincoln Ross Burnett. Though they exchange but a few words before parting after a chance encounter on her grandfather's lands, Melissa instantly knows this bold stranger is her destiny, while Lincoln realizes his heart has been claimed forever and he will never be complete until Melissa MacGregor is his bride.But there are serious obstacles impeding the well-smitten Viscount Cambury's pursuit of glorious romance: sixteen of them -- all big and brawny, six named Ian and all named MacFearson. The bane of Lincoln's youth, Melissa's stifling, disapproving uncles are now determined to rob him of his newfound happiness. Yet he is equally resolved to confront the peril -- and to pursue his exquisite obsession all the way to London. . . and to the ends of the earth, if necessary.
What is included with this book?

Lincoln Ross Burnett, seventeenth viscount Cambury, glanced curiously at his aunt sitting across from him in the plush coach that was climbing ever higher into the Highlands of Scotland. The question wasn't surprising, at least to him. Yet it was one that would simply be ignored—if asked by anyone else.

His Aunt Henry—only her husband and Lincoln had ever been permitted to call her Henry—was a sweet, cherubic woman in her forty-fifth year. A bit scatterbrained, but that merely made her more adorable. She was short, pudgy, and had a round face surrounded by an arch of frizzy gold curls. Her daughter, Edith, was identical, just a younger version. Neither was classically pretty, but they grew on you; each had her own endearing qualities.

Lincoln loved them both. They were his family now, not the woman who had remained in the Highlands after she'd sent him off to live with his uncle in England nineteen years ago. He'd been only ten at the time, and had been devastated to have been ripped from the only home he'd known and sent to live among strangers.

But the Burnetts didn't remain strangers. From the beginning they treated him like a son, even though they had no children yet. Edith was born the year after his arrival, and they were told, unfortunately, that she would be their one and only. So it wasn't surprising that his Uncle Richard decided to make him his heir, even changing his name so that the Burnett name would be preserved along with the title.

It shouldn't bother him any longer. He'd lived more years in England now than he had at his home in Scotland. He'd lost the Scottish burr years ago, and he fit so well into English society that most people he was acquainted with had no idea he'd been born in Scotland. They thought Ross was merely his middle name, rather than his original surname.

No, none of this should bother him a bit after all these years, but it bloody well did. He kept his bitterness firmly in hand, though&#8212at least he'd thought no one had detected it. Yet his aunt's question suggested she knew the truth.