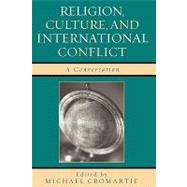 As religiously grounded moral arguments have become ever more influential factors in the national debate-particularly reinforced by recent presidential elections and the creation of the faith-based initiative office in the White House-journalists' ignorance about theological convictions has often worked to distort the public discourse on important policy issues. Pope John Paul II's pronouncements on stem-cell research, the constitutional controversies regarding faith-based initiatives, the emerging participation of Muslims in American life-issues like these require political journalists in print and broadcast media to cover religious contexts that many admit they are ill-equipped to understand. Put differently, these news events reflect subtle theological nuances and deep faith commitments that shape the activities of religious believers in the public square. Inasmuch as a faith tradition is an active or significant participant in the public arena, journalists will need to better understand the theological sources and religious convictions that motivate this political activity. The current national discourse has brought faith and its relationship to public policy to the forefront of our daily news. Since 1999, the Ethics and Public Policy Center, through the generosity of the Pew Charitable Trusts, has hosted six conferences for national journalists to help raise the level of their reporting by increasing their understanding of religion, religious communities, and the religious convictions that inform the political activity of devout believers. This book contains the presentations and conversations that grew out of those conferences.
What is included with this book?