Religion, Race, and the American Presidency 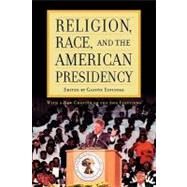 The role that race and religion play in American presidential elections is attracting national attention like never before. The 2008 presidential candidates reached out to an unprecedented number of racial and religious voting constituencies, including African Americans, Latinos, Muslims, Mainline Protestants, Evangelicals, Catholics, Jews, women, the non-religious, and more. Drawing upon survey data, interviews, and case studies, this book examines the complicated relationships between recent American presidents and key racial and religious groups. The paperback edition features a new capstone chapter on the 2008 elections.
What is included with this book?