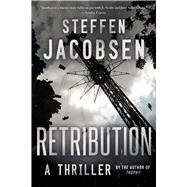 “[An] electrifying tale of personal morality pitted against ruthless inhumanity . . . Stieg Larsson fans will find much to like" (Publishers Weekly, starred review).

On a warm Autumn afternoon, Denmark's largest amusement park, Tivoli Gardens, is devastated by a terrorist attack that leaves more than 1,200 dead. No one claims responsibility for the attack, and seven months later the nation is still reeling and the police have no leads.

Police Lieutenant Lene Jensen has been assigned to the frustrating case from the beginning. When she receives a desperate phone call from a Muslim woman who later turns up dead, she sees a connection to the Tivoli bombing. Lene's initial investigation suggests that the woman was unknowingly part of a secret research project conducted by the government, and as she digs deeper, she is met with increasing resistance from her superiors. Together with private detective Michael Sander, she tries to get to the bottom of the complicated case—only to realize that someone knows a lot more than they are letting on. With the threat of another attack looming, Sander and Jensen must race against the clock to save lives and restore peace of mind to the people of the idyllic country.
Steffen Jacobsen is an orthopedic surgeon and consultant who has worked in Greenland and the far north of Norway. Retribution is the second book in the Sander / Jensen series, which includes Trophy, A Mountain of Lies, and The Unicorn, all of which have been bestsellers in Denmark. He currently resides in Denmark.

Charlotte Barslund is the translator of the Inspector Sejer novels by Karin Fossum and the novels by Per Petterson and Carsten Jensen.