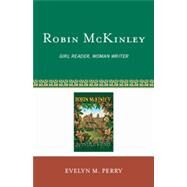 Since her first book, Beauty: A Retelling of the Story of Beauty and the Beast, was published in 1978, Robin McKinley has enchanted young adult readers for more than thirty years. This study is the first in-depth analysis of McKinley's works, including her award-winning books The Blue Sword (Newbery Honor, 1983) and The Hero and the Crown (Newberry Medal, 1985). In Robin McKinley: Girl Reader, Woman Writer, Evelyn Perry examines McKinley's novels and short stories as grouped into three categories: those set in Damar, which introduce and develop the rich geographic, social, political, and linguistic history of McKinley's secondary world; the retellings of folk and fairy tales, which reveal not only McKinley's encyclopedic knowledge of source stories but her respectful and highly literate approach to their contemporary adaptation; and her other works, less easily categorized but generally most recent, written for more mature readers, and featuring a diverse set of influences from vampires to homeopathy. Perry also explores the feminist articulation of character and social settings that are dominant themes running through McKinley's works. Anyone interested in Robin McKinley and her work, including secondary and post-secondary students, faculty, and librarians, will find Robin McKinley: Girl Reader, Woman Writer a valuable resource.
Evelyn M. Perry is associate professor of English and the children's literature programs advisor at Framingham State College.