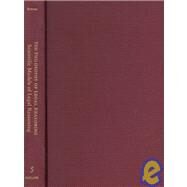 Illuminates legal reasoning -- and its justificationAt least since plato and Aristotle, thinkers have pondered the relationship between philosophical arguments and the "sophistical" arguments offered by the Sophists -- who were the first professional lawyers. Judges wield substantial political power, and the justifications they offer for their decisions are a vital means by which citizens can assess the legitimacy of how that power is exercised. However, to evaluate judicial justifications requires close attention to the method of reasoning behind decisions. This new collection illuminates and explains the political and moral importance in justifying the exercise of judicial power.Explores enduring questionsFocusing on work over the past century, the essays address important recurring questions, such as: When a judge or a lawyer reasons to a conclusion about what is legally required in a given case, must he also ask what is morally required? To what extent do a judge's personal, political, or moral biases affect his legal reasoning? What is the impact of such biases? Can all such biases be avoided? Is legal reasoning similar to reasoning in mathematics, logic, and linguistics, the physical sciences, the social sciences, or literature and history? Do formal logical modes of argument play any roles in legal reasoning?Solid coverage, well organizedThe articles were chosen to present some of the most influential works on the topic, as well as less familiar works that are thought provoking and informative. Each volume also offers a representative range of theoretical approaches to its topic, contains an introduction that locates the subject within the larger framework oftheories of legal reasoning and jurisprudence, and includes bibliographical notes on further readings.Articles address issues in comparing "scientific" reasoning and legal reasoning, or using "scientific" models to explain and guide legal reasoning. One issue is whether "artificial intelligence" can provide adequate models of such processes as analogy and legal interpretation. Another is the extent to which formal models from the "social science" of economics can guide judges -- in addition to traditional legal precedents, statutes, and constitutions. The articles reflect the impact that changing conceptions of science have had on the ""scientific" nature of legal reasoning.
What is included with this book?