Selections from The Female Spectator 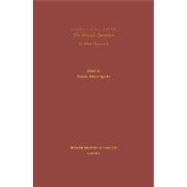 After Aphra Behn, Eliza Haywood was the most important woman novelist ofthe early eighteenth century. She also edited several serial newspapers, themost important being The Female Spectator, which appeared every month from April1744 to May 1746. This fully annotated selection of material from those issuesconveys the variety and scope of one of the first English periodicals intendedprimarily for a female audience. In these texts, which include romantic andsatiric fiction, moral essays, and social commentary, Haywood confronts theimportant issues of her day, domestic and public, from adultery to tea-drinkingand gambling. And she writes with a vigor and immediacy attractive to atwentieth-century audience.