Among the most memorable innovations of music and poetry in thirteenth-century France was a genre that seemed to privilege sound over sense. The polytextual motet is especially well-known to scholars of the Middle Ages for its tendency to conceal complex allegorical meaning in a texture that,in performance, made words less, rather than more, audible. It is with such musical sound that this book is concerned. What did it mean to create a musical effect so potentially independent from the meaning of words? Is it possible such supermusical effects themselves had significance? The Sense of Sound offers a radical recontextualization of French song in the heyday of the motet c.1260-1330, and makes the case for listening to musical sound against a range of other potently meaningful sonorities, often premised on non-verbal meaning. In identifying new audible interlocutors tomusic, it opens our ears to a broad spectrum of sounds often left out of historical inquiry, from the hubbub of the medieval city; to the eloquent babble of madmen; to the violent clamor of charivari; to the charismatic chatter of prayer. Drawing on a rich array of artistic evidence (music,manuscripts, poetry, and images) and contemporary cultural theory, it locates musical production in this period within a larger cultural environment concerned with representing sound and its emotional, ethical, and social effects. In so doing, The Sense of Sound offers an experiment in how we mightplace central the most elusive aspect of music's history: sound's vibrating, living effect.

Emma Dillon is Chair of Musicology, King's College, London, and specialist of medieval music. She is author of Medieval Music-Making and the Roman de Fauvel (2002).
What is included with this book? 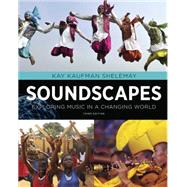 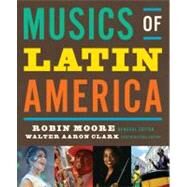