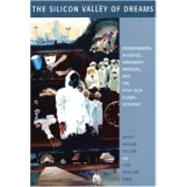 View the Table of Contents. Read the Preface.An important contribution to the contemporary critique of high tech industry. -- Contemporary SociologyOffers a lot for the general reader. The authors must be congratulated.--International Migration ReviewPowerful and passionate expos? -- Journal of American Ethnic HistoryAn important contribution to the environmental sociology literature. -- ChoicePowerful, compelling and revealing. Pellow and Park weave a fascinating story of both the historical and current domination of gender, class and race in Silicon Valley. -- Alternatives JournalThe Silicon Valley of Dreams... exposes the numerous inequities that plague the area, from the huge number of temporary workers, the highest per capita in the nation, to the obvious absence of union jobs.--Conscious ChoiceThe authors of [this] important [book] share a sense of compassion for and commitment to the struggle of labor, community, civil rights and environmental activists.--Los Angeles TimesThe Silicon Valley of Dreams provides a progressive intervention into environmental sociology and into public discourse on the relationship between immigration and environment. -- American Journal of Sociology Critical reading for students and scholars in ethnic studies, immigration, urban studies, gender studies, social movements and environmental studies, as well as activists and policy-makers working to address the need of workers, communities and industry.--Educational Book ReviewNext to the nuclear industry, the largest producer of contaminants in the air, land, and water is the electronics industry. Silicon Valley hosts the highest density of Superfund sites anywhere in the nation and leads the country in the number of temporary workers per capita and in workforce gender inequities. Silicon Valley offers a sobering illustration of environmental inequality and other problems that are increasingly linked to the globalization of the world's economies.In The Silicon Valley of Dreams, the authors take a hard look at the high-tech region of Silicon Valley to examine environmental racism within the context of immigrant patterns, labor markets, and the historical patterns of colonialism. One cannot understand Silicon Valley or the high-tech global economy in general, they contend, without also understanding the role people of color play in the labor force, working in the electronic industry's toxic environments. These toxic work environments produce chemical pollution that, in turn, disrupts the ecosystems of surrounding communities inhabited by people of color and immigrants. The authors trace the origins of this exploitation and provide a new understanding of the present-day struggles for occupational health and safety.The Silicon Valley of Dreams will be critical reading for students and scholars in ethnic studies, immigration, urban studies, gender studies, social movements, and the environment, as well as activists and policy-makers working to address the needs of workers, communities, and industry.
David Naguib Pellow is Associate Professor in the Ethnic Studies Department at the University of California, San Diego.
What is included with this book?