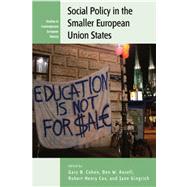 In Europe and around the world, social policies and welfare services have faced increasing pressure in recent years as a result of political, economic, and social changes. Just as Europe was a leader in the development of the welfare state and the supportive structures of corporatist politics from the1920sonward, Europe in particular has experienced stresses from globalization and striking innovation in welfare policies. While debates in the United Kingdom, Germany, and France often attract wide international attention, smaller European countries - Belgium, Denmark, Austria, or Finland - are often overlooked. This volume seeks to correct this unfortunate oversight as these smaller countries serve as models for reform, undertaking experiments that only later gain the attention of stymied reformers in the larger countries.
What is included with this book?