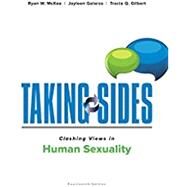 Aida Manduley, sexuality educator, social worker and activist, challenges traditional sex education with the idea that practitioners need to take a more intersectional approach in their work, incorporating lessons that unpack connections between sexuality and other social markers, including race, gender, socioeconomic status, ability, etc. Psychoanalyst and author Paul Joannides argues that the political realities of school-based sex education make taking an intersectional approach difficult outside of academia. He posits that focusing on intersectionality may ultimately limit the reach of more general sex education programs.

Yes: Julie A. Winterich, from "Trigger or Not, Warnings Matter," Inside Higher Ed (2015)
No: Rani Neutill, from "My Trigger-Warning Disaster: 9 ½ Weeks, The Wire and how Coddled Young Radicals Got Discomfort All Wrong," Salon (2015)

Julie A. Winterich, Associate Professor of Sociology and Director of Womens, Gender, and Sexuality Studies at Guilford College, argues that trigger warnings offer some protections to students who have experienced, or are experiencing, violence and trauma in their lives. Rani Neutill, a former Lecturer and Sexual Assault Prevention Educator at Harvard University, counters that trigger warnings limit free speech by forcing professors to protect students from ideas that may be challenging.

Issue:  Should Sex Educators Be Required to Have Formal Training?

Lexx Brown-James, marriage and family therapist, and founder of the Institute for Sexuality and Intimacy, argues that quality sex education depends on facilitators who are highly skilled and trained at their craft, which most often comes through formal training. Tyomi Morgan, a sex coach, columnist, and the founder of SexpertTyomi.com, argues that knowledge and skill gained from independent study and preparation can be just as effective in building a successful sex education career as formal experience.

Amy Kramer, director of Entertainment Media & Audience Strategy at the National Campaign to Prevent Teen and Unplanned Pregnancy, argues that reality television shows engage teens in considering the consequences of pregnancy before theyre ready for it, and motivate them to want to prevent it. Mary Jo Podgurski, founder of the Academy for Adolescent Health, Inc., argues that though such television shows have potential benefits, they inadequately address the issue, and may even have a negative impact on those who participate in them.

Michael Lucas, founder of all-male erotica studio Lucas Entertainment, argues that the effectiveness of PrEP negates all arguments against its use, and that organizations opposing PrEP are acting in their own self-interest. Tom Myers, Chief Public Affairs and General Counsel for the AIDS Healthcare Foundation, believes incorrect and inconsistent usage of PrEP will lead to more HIV infections.

Yes: Connie B. Newman, from "Pharmacological Treatment for Sexual Problems: The Benefits Outweigh the Risks," Original Work (2011)
No: Anita P. Hoffer, from "The Hidden Costs of the Medicalization of Female SexualityHow Did We Get Here? An Overview," Original Work (2013)

Connie Newman, an endocrinologist and adjunct associate professor of medicine at New York University School of Medicine, explores the definitions and causes of sexual dysfunction and explains how sexual medicines can improve sexual response. Anita P. Hoffer, former associate professor at Harvard Medical School and former director of research in urology at the Brigham and Womens Hospital, argues that the rise of sexual medicine has created a market that benefits the pharmaceutical industry at the expense of the individual.

Issue:  Do the Benefits of Male Circumcision Outweigh the Risks?

Larkin Callaghan, Managing Director of the Center for AIDS Research, believes the public health benefits, for both men and women, make male circumcision worth the risks. Elizabeth Reis, author and Visiting Professor at the Macaulay Honors College at the City University of New York, argues that circumcision proponents misguide parents by irresponsibly likening its effectiveness to vaccines.

Issue:  Is Female Genital Cutting a Violation of Women's Health and Human Rights?

Olivia Jackson, a writer and filmmaker who focuses on international social justice issues affecting women and children, argues that female genital mutilation is a violation of womens rights on all fronts, including the political, medical, cultural, and spiritual. Zelaika Hepworth Clarke, an African-centered social worker and cultural and clinical sexologist, argues that female genital modifications are an important part of many peoples cultural and spiritual practices around the world and should be respected as such.

Issue:  Is "Social Transitioning" a Beneficial Treatment for Transgender Children?

Yes: Kristina Olson and Lily Durwood, from "Are Parents Rushing to Turn Their Boys Into Girls?" Slate (2016)
No: Alice Dreger, from "The Big Problem with Outlawing Gender Conversion Therapies," Wired (2015)

Kristina Olson, Associate Professor of Psychology and founder of the TransYouth Project at the University of Washington, and Lily Durwood, Project Coordinator at the TransYouth Project, argue that researchers have misrepresented findings to suggest that many young people who identify as transgender will ultimately identify as cisgender, and that calls to limit the option of social transitioning can be harmful to transgender youth. Alice Dreger, author and Professor of Clinical Medical Humanities and Bioethics at Northwestern University, argues that controversial gender conversion therapy can help prevent unnecessary treatments on gender non-conforming young people.

Yes: Ann Friedman, from "Why Should Fluid Sexuality Be Women-Only?" The Cut (2013)
No: Joe Kort, from "Going with the Flow: Male and Female Sexual Fluidity," Huffington Post (2015)

Ann Friedman, a freelance journalist who writes about gender, media, technology, and culture, notes that while men face more scrutiny for same-sex behaviors, research indicates women experience a greater capacity for same-sex attraction than men. Joe Kort, a psychotherapist, certified sex therapist, and author, draws on his clinical experience as well as recent studies to argue that mens lack of sexual fluidity is a falsehood.

Issue:  Is "Kink" a Sexual Orientation?

Yes: Jillian Keenan, from "Is Kink a Sexual Orientation?" Slate (2014)
No: William Saletan, from "The Trouble with Bondage: Why S&M Will Never Be Fully Accepted," Slate (2013)

Issue:  Is Sexting a Form of Safer Sex?

Brent A. Satterly, associate professor and bachelor of Social Work Program Director at Widener Universitys Center for Social Work Education, acknowledges the risks involved in sexting while criticizing fear-based media coverage of the phenomenon. He argues in favor of harm-reduction strategies to reduce the risks associated with sexting rather than continuing the trend of panicked reactions to the expression of youth sexuality. Donald A. Dyson, director of the Center for Human Sexuality Studies and associate dean of the School of Human Services Professions at Widener University, examines sexting through the lens of the World Health Organizations definition of sexual health and determines that the risks inherent in the digital transmission of sext messages is not a form of safer sex.

Yes: Isaac Abel, from "Was I Actually 'Addicted' to Internet Pornorgraphy?" The Atlantic (2013)
No: Marty Klein, from "Why 'Sexual Addiction' Is Not a Useful DiagnosisAnd Why It Matters," martyklein.com (2016)

Isaac Abel, a journalist who writes (under a pen name) about sexuality and gender, shares his story of compulsive sexual behaviors while arguing that the sex addiction model, while not perfect, gave support to his struggle. Marty Klein, an author and Certified Sex Therapist, argues that the sex addiction model is harmful to clients, treating normal sexual behaviors as pathologies and gives undue authority to moralizing, sex-negative experts.

Issue:  Should Group Marriage Be Legal?

Fredrik deBoer, a writer, researcher, and Continuing Lecturer at Purdue University, believes that despite opposition from both conservatives and progressives, the next logical step in marriage equality is the legalization of polygamy. Jonathan Rauch, an author and Senior Fellow at the Brookings Institution, asserts that there are many reasons, supported by extensive research, to oppose polygamy.

Issue:  Is Having a Sex-Positive Framework Problematic?

Yes: Melissa Fabello, from "3 Reasons Why Sex Positivity Without Critical Analysis Is Harmful," Everyday Feminism (2014)
No: Eric Barry, from "I'm Sex-Positive, and Most People in Chicago Have No Idea What That Means," Huffington Post (2014)

Melissa Fabello, a body acceptance activist and a Managing Editor of the Everyday Feminism media site, argues that without critical analysis, the mainstream sex-positivity movement can ultimately be harmful. Eric Barry, writer, comedian, and creator of the Full Disclosure sex-positive podcast, believes that sexpositivity allows people to embrace sex and without feeling shame or applying other inextricable meanings to behaviors.

Issue:  Should Condoms Be Required in Pornographic Films?

Issue:  Should Sex Work Be Decriminalized?

Matt Hershberger, writer and blogger, uses the lesser of evils argument to suggest that decriminalization may be the best chance society has at present to ensure a safe working environment for todays sex work population. Demand Abolition argues there is insufficient evidence from efforts to legalize and/or decriminalize prostitution in the past to suggest either as a useful option in any sense.

Mary Kate Cary, a former White House speechwriter for President George H.W. Bush and contributing editor for U.S. News and World Report, argues that states have the right to regulate abortion clinics as they see fit, and that increased regulations are in the best interest of patients. The American Civil Liberties Union, a nonprofit organization working to defend and preserve individual rights and liberties, argues that states are increasingly regulating abortion providers in an attempt to restrict and ultimately eliminate womens access to abortion services.

Issue:  Has Marriage Equality Set the Gay Rights Movement Back?

Yes: Karma Chávez, from "Intersectional Equality," Against Equality (2015)
No: Keegan O'Brien, from "In Defense of Gay Marriage," Jacobin Magazine (2015)

Karmen Chávez, an activist, author, and Associate Professor of Rhetoric, Politics, and Culture at the University of Wisconsin-Madison, argues that the singular focus on marriage equality resulted in inaction on a number of other issues important to the LGBT community, and that continued progress and support for LGBT issues and organizations is now at risk. Keegan O Brien, a queer social activist and writer, argues that marriage equality is but one step on the path toward LGBT liberation, and that it should be celebrated as a major victory. 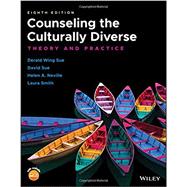 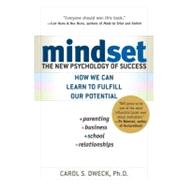 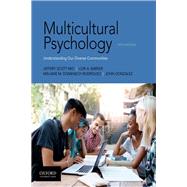 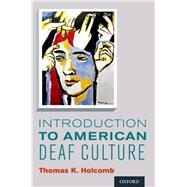 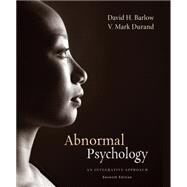 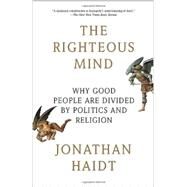 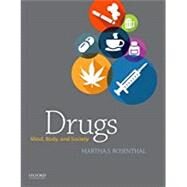 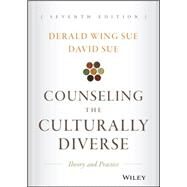 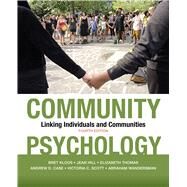 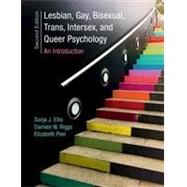 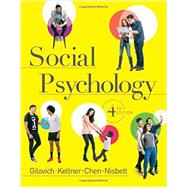 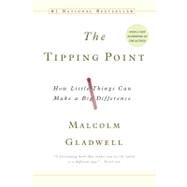 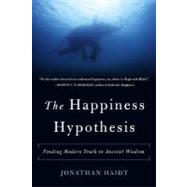 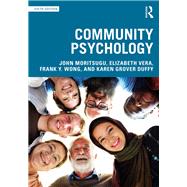 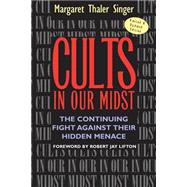