The epic life story of a schoolteacher and preacher in Missouri, guerrilla fighter in the Civil War, Congressman, freethinking lecturer and author, and anarchist.

A former Methodist preacher and Missouri schoolteacher, John R. Kelso served as a Union Army foot soldier, cavalry officer, guerrilla fighter, and spy. Kelso became driven by revenge after pro-Southern neighbors stole his property, burned down his house, and drove his family and friends from their
homes. He vowed to kill twenty-five Confederates with his own hands and, often disguised as a rebel, proceeded to track and kill unsuspecting victims with "wild delight." The newspapers of the day reported on his feats of derring-do, as the Union hailed him as a hero and Confederate sympathizers
called him a monster.

Teacher, Preacher, Soldier, Spy: The Civil Wars of John R. Kelso is an account of an extraordinary nineteenth-century American life. During Reconstruction, Kelso served in the House of Representatives and was one of the first to call for the impeachment of President Andrew Johnson. Personal tragedy
then drove him west, where he became a freethinking lecturer and author, an atheist, a spiritualist, and, before his death in 1891, an anarchist. Kelso was also a strong-willed son, a passionate husband, and a loving and grieving father. The Civil War remained central to his life, challenging his
notions of manhood and honor, his ideals of liberty and equality, and his beliefs about politics, religion, morality, and human nature. Throughout his life, too, he fought private wars--not only against former friends and alienated family members, rebellious students and disaffected church
congregations, political opponents and religious critics, but also against the warring impulses in his own character.

Christopher Grasso is Professor of History at the College of William & Mary and was the editor of the William and Mary Quarterly. He is the author of A Speaking Aristocracy: Transforming Public Discourse in Eighteenth-Century Connecticut and Skepticism and American Faith from the Revolution to the
Civil War and the editor of Bloody Engagements: John R. Kelso's Civil War. 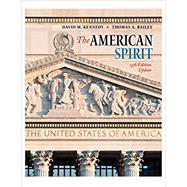