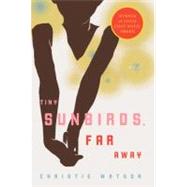 When their mother catches their father with another woman, twelve year-old Blessing and her fourteen-year-old brother, Ezikiel, are forced to leave their comfortable home in Lagos for a village in the Niger Delta, to live with their mother#x19;s family. Without running water or electricity, Warri is at first a nightmare for Blessing. Her mother is gone all day and works suspiciously late into the night to pay the children#x19;s school fees. Her brother, once a promising student, seems to be falling increasingly under the influence of the local group of violent teenage boys calling themselves Freedom Fighters. Her grandfather, a kind if misguided man, is trying on Islam as his new religion of choice, and is even considering the possibility of bringing in a second wife. But Blessing#x19;s grandmother, wise and practical, soon becomes a beloved mentor, teaching Blessing the ways of the midwife in rural Nigeria. Blessing is exposed to the horrors of genital mutilation and the devastation wrought on the environment by British and American oil companies. As Warri comes to feel like home, Blessing becomes increasingly aware of the threats to its safety, both from its unshakable but dangerous traditions and the relentless carelessness of the modern world. Tiny Sunbirds, Far Awayis the witty and beautifully written story of one family#x19;s attempt to survive a new life they could never have imagined, struggling to find a deeper sense of identity along the way.
Christie Watson is a British novelist and pediatric nurse. She holds an MA in Creative Writing from the University of East Anglia, where she won the Malcolm Bradbury Memorial Bursary, and has since published short fiction and other writings in numerous publications including Wasafiri, Mslexia, Index on Censorship, The Guardian, and The Telegraph. Watson teaches creative writing at various institutions including Birkbeck University, the Groucho Club, and Cambridge University. She has won the Costa First Novel Award and Waverton Good Read Award for her first novel, Tiny Sunbirds, Far Away, and was named one of Red’s Hot Women of the Year in 2012. She lives in London.
What is included with this book?

Father was a loud man. I could hear him shouting from the neighbors’ apartment, where he argued about football with Dr. Adeshina and drank so much Remy Martin that he could not stand up properly. I could hear him singing when he returned from the Everlasting Open Arms House of Salvation Church, on a bus that had the words UP JESUS DOWN SATAN written on the side. The singing would reach my ears right up on the fourth floor. From my window I watched the
bus driver and Pastor King Junior carry Father towards the apartment because he could not stand up at all.
If Father did stand up, it was worse. He seemed to have no idea how to move around quietly, and when he did try, after Mama said her head was splitting in two, the crashing became louder.
We were so used to Father’s loud voice that it became quieter. Our ears changed and put on a barrier like sunglasses whenever he was at home. So when we left for market early on Saturday morning and knew Father was out working all day on some important account at the office, our ears did not need their sunglasses on. And when Mama realized she had forgotten her purse, and we had to turn back, our ears were working fine. I heard the chatter of the women at market, the traffic and street traders along Allen Avenue, and the humming of the electric gate to let us back into the apartment building. I heard our footsteps on the hallway carpets, and Mama’s key in the front lock. I heard the cupboard door open when Ezikiel and I went straight for the biscuits.
And then I heard the most terrible, loudest noise I had ever heard in my life.
My switched-on ears hurt. I tried to put the glasses on them, to switch them down, to turn them off. Father must have been home; I could hear him shouting.
Father was a loud man.
But it was Mama who was screaming.