WHY THE ALLIES WON PA

Richard Overy's bold book begins by throwing out the stock answers to this great question: Germany doomed itself to defeat by fighting a two-front war; the Allies won by "sheer weight of material strength." In fact, by 1942 Germany controlled almost the entire resources of continental Europe and was poised to move into the Middle East. The Soviet Union had lost the heart of its industry, and the United States was not yet armed. The Allied victory in 1945 was not inevitable. Overy shows us exactly how the Allies regained military superiority and why they were able to do it. He recounts the decisive campaigns: the war at sea, the crucial battles on the eastern front, the air war, and the vast amphibious assault on Europe. He then explores the deeper factors affecting military success and failure: industrial strength, fighting ability, the quality of leadership, and the moral dimensions of the war.
What is included with this book? 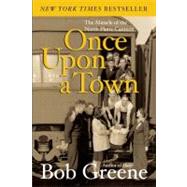